Ross Playle: “Your Views must be at the heart of the new deal for Witham” 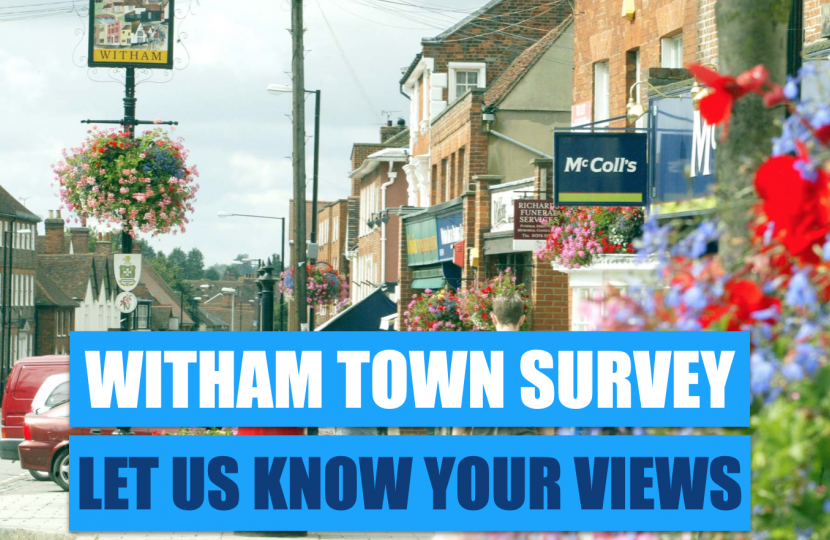 Ross Playle, Witham Northern’s Conservative candidate for the Essex County Council elections has launched a new survey calling for residents’ views on Witham town centre and how it can be built back better after the pandemic.

Following the calls for a Masterplan, discussions have already begun to take place between the key players with proposals being put forward as to how Witham’s town centre might be improved with some immediate improvements to the town centre are to be undertaken shortly.

Ross’s new survey is asking for residents to comment on what they currently like about Witham town centre and what they would like to see in the future to ensure its continued success.

“My first priority if elected this May is to bring Witham, Braintree and Essex Councils around the table with local business and shop owners and set out our vision of the improvements needed to secure the town centre’s economic future and deliver the changes residents want to see.”

“Any Masterplan must be community driven and the views of residents and local businesses have to be at its heart. Results from the survey mean I will be able to hit the ground running from day one in May with residents’ views on what they would like to see to build a better and more resilient high street as we get Essex moving again.”

“These are difficult times for our town centres and many of our retailers and services have shown fantastic resilience in adapting their businesses to continue to trade. Witham is a unique town and its range of independent stores and choice of eateries compares favourably to other similar sized towns.”

“Braintree District Council, working with the community, is determined to bring forward public realm improvements and an exciting programme of markets and events, when restrictions are lifted. Works starting later this year! Both with the purpose of increasing footfall and ensuring Witham is best placed to bounce back better.”

Take the survey now below!