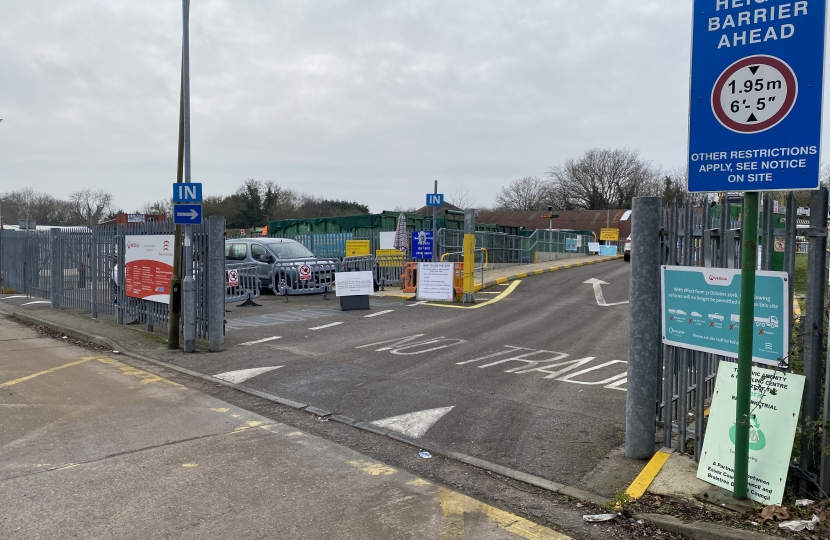 Your article last week (Times, January 7) outlines fears from Cllr. James Abbott about the future of the Witham Recycling Centre. Like myself, Cllr Abbott has received assurances from Essex County Council that it has no plans to close the site.

With local elections just a few months away, this appears to be an example of scaremongering which does Cllr Abbott no credit. It is imperative that potential misinformation is not spread to residents, many of whom will be rightly concerned about this issue.

The review into recycling and waste services across Essex, as the new Environment Bill becomes law, is an excellent opportunity to seek improvements to local recycling in our town. I will be using it to make the positive case for more local provision. I would like to see a recycling centre in Witham as good as the one in Braintree, designed to meet the future needs of our town and to build on the County’s strong record in encouraging recycling.