Ross Playle: “Working together to make sure rural crime is not a forgotten crime” 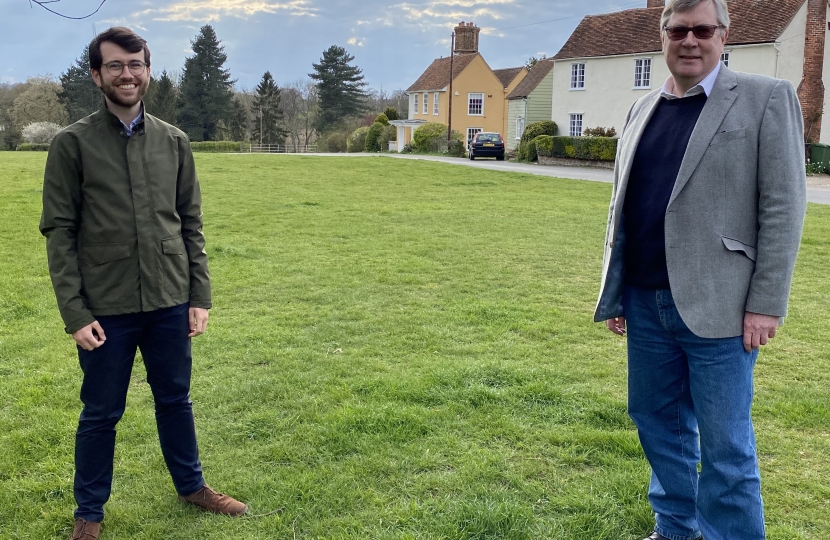 Over the last year Terling and Fairstead residents have reported a rise in the number of attempted burglaries, vehicle theft along with theft from vehicles such as stealing trade tools.

Roger heard from residents with first-hand experience and met with the local Neighbourhood Watch Group and District Councillor, Charley Dervish.

It was agreed that better liaison was needed on rural crime between local representatives and the Police to ensure all intelligence is gathered and crime reported.  Roger also highlighted the effectiveness of automatic number plate recognition schemes as a deterrent to criminals.

If elected, one of Ross’s key pledges is ensuring Essex’s share of the additional 20,000 police officers focus on issues that matter to residents and police visibility is improved in rural hamlets and villages such as Terling and Fairstead.

Witham Northern candidate, Ross Playle, said: “Terling and the surrounding rural communities have been blighted by burglaries and having property stolen over the last year.”

“More needs to be done to ensure this is tackled as too often rural crime can become a “forgotten crime”.  I welcome Roger’s commitment to ensuring that local police resources are targeted to issues that matter to residents.”

Roger Hirst, Conservative Police, Fire and Crime Commissioner, said: “Terling is a delightful village but we can’t let it be seen as a soft spot for rural crime.  Better working between all the local stakeholders to ensure intelligence is gathered and acted on is key and something I will raise with the local District Commander.”