Mark Durham has lived in and around Woodham Walter almost all of his life. Having been schooled in Little Baddow and Great Baddow he moved to London to study Hospitality Management. After spells working for Hilton and Sheraton Hotels he moved to the midlands to work in the brewing industry. Returning home to Woodham Walter in 1990 Mark ran the family business for 25 years.

Mark started his council career in 1993 serving 24 years as a parish councillor and was then elected to Maldon District Council in 2011. Having served as committee Chairman, Deputy Leader and then Leader he was a key member delivering the waste collection contract, leisure contract and Local Development Plan. Maldon was the first district in Essex to achieve the milestone of having an adopted LDP in 2017 while he was Leader of the Council.

Mark was elected to Essex County Council in 2017 and held the position of Deputy Cabinet member for Culture, Communities and Customers for two years, following which he is now the Deputy Cabinet Member for Economic Development which includes housing and planning. He is also the Chairman of Visit Essex and a Trustee of Firstsite Gallery in Colchester.

Since first becoming a parish councillor way back in 1993, Mark has been a proud advocate of both The Maldon District and the County of Essex with all of the residents that he is proud and honoured to represent.

New Group to tackle fear of crime in a modern society

Plans have been unveiled by Essex Conservatives to tackle what are very serious and real concerns facing people around safety.

Essex Budget to Bounce Back from COVID

A Conservative Budget that boosts the economy, environment, support families, roads, social care and education has been unveiled and approved at a meeting of Essex County Council today (23rd February 2021).

This leaflet is produced by Essex County Conservatives and is an important update on the key work the Council has been doing to protect residents over the course of the Coronavirus pandemic. It also includes an update from Essex's Police, Fire and Crime Commissioner, Roger Hirst.

Tonight the Prime Minister has announced that we must go into a national lockdown.

This is a hugely regrettable position but is absolutely necessary with the rise in the number of cases we are seeing and the possibility of the NHS being overwhelmed.

Essex Tories back people, business and give thanks to the response to COVID​

A pledge to continue to support those most in need and businesses who have been struggling because of COVID was reinforced today by the Conservative led- County Council.

Following severe traffic congestion and obstruction by parked cars, it was necessary to find a solution to keep traffic moving across the bridge. 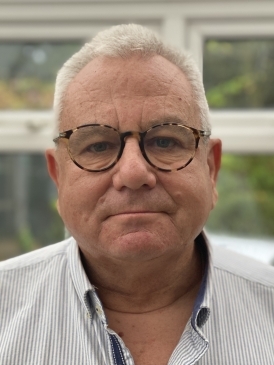