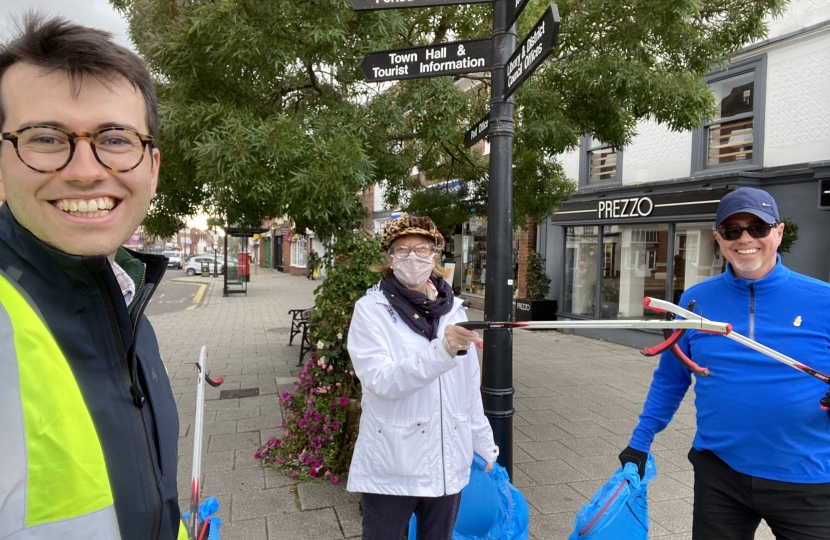 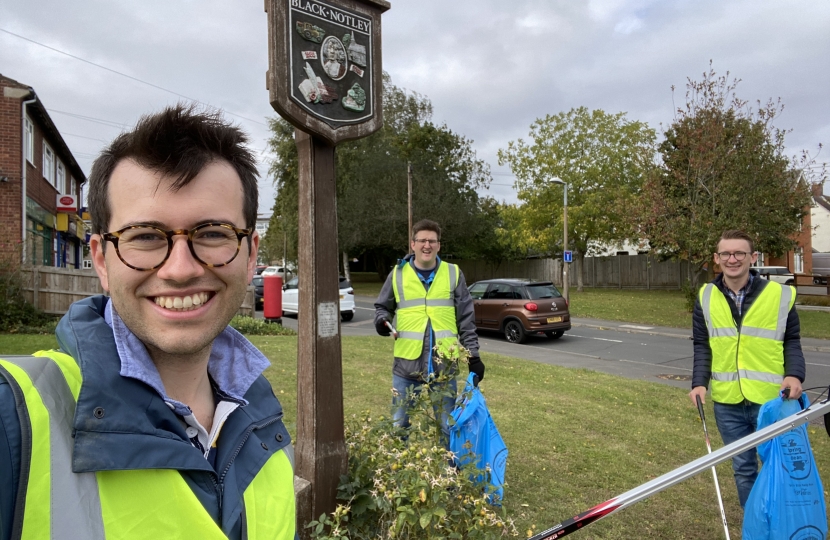 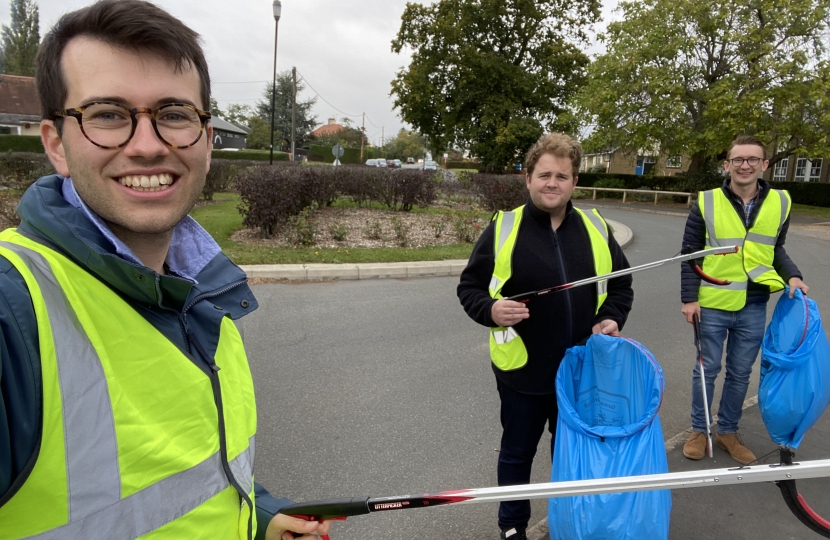 Local councillors this weekend (25-27th September) took part in a Keep Britain Tidy campaign to clean up the streets of Witham and neighbouring villages. Councillors and local activists enthusiastically joined in the picking up of litter all around Witham high street along with sessions also in Black Notley and Silver End as part of a nationwide Great British September Clean campaign. Originally billed as a spring clean campaign, it had to be postponed due to the Covid-19 lockdown.

Ross Playle, the local organiser of the litter picks said, “I was pleased that the three teams we had out this weekend across Witham, Silver End and Black Notley managed to pick up so much. Litter is a bugbear issue for many of us and I hope that seeing our litter pick teams hard at work over the weekend will encourage the minority who leave litter about, to use the bins provided and to take more pride in their community.”

Witham Central Councillor, Sue Wilson, speaking after the litter pick on Witham High Street said: “It was great to be out with the team this weekend on such a worthy project. Despite the high winds we managed to achieve a great deal.  It is amazing just how much litter there is when you go looking for it. As always, I would encourage people to put their litter in the bins of which there are plenty in the main shopping areas in Witham.”

Further information about the Keep Britain Tidy campaign is available at: 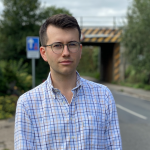