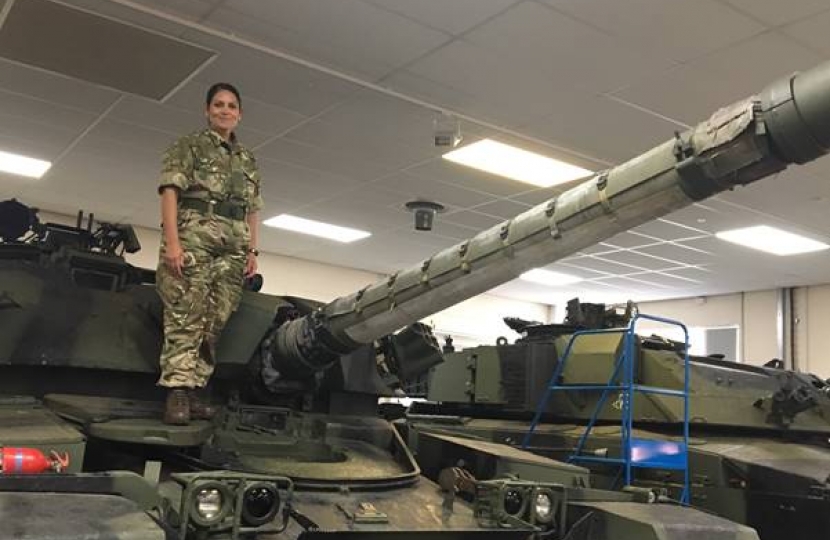 Witham MP Priti Patel is spending time meeting with our Armed Forces as part of a Parliamentary Scheme set up to bring parliamentarians closer to service personnel. As part of the Armed Forces Parliamentary Scheme Priti will be with the Army and learning more about their training, equipment and how they defend our national interests. She will also be spending tie in barracks, on training exercises and meeting world class military chiefs from across the Army, Royal Navy and Royal Airforce. After spending two days at the National Defence Leadership Academy, Priti said:

"It is a tremendous privilege to be able to spend time with our Armed Forces who do so much to keep us safe. Our Armed Forces have a worldwide reputation for their bravery, skill and expertise and the time I have spent with them this month has been a great experience."

"I look forward to continuing with the Scheme and spending more days over the next year with our brilliant Army."