Priti calls for Government to invest in A120 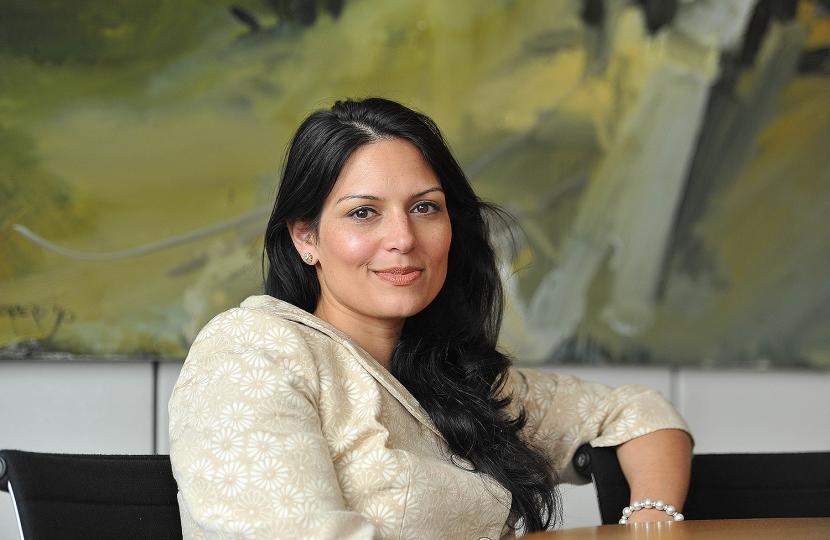 Witham MP Priti Patel has called for the Government to guarantee investment in upgrading the A120 as part of the 2019-24 Roads Investment Strategy (RIS2) during a debate in Parliament today [19 June 2018]. Speaking during a debate on dualling the A120, Priti highlighted the economic benefits of improving the road, the proposals put forward by Essex County Council and the safety improvements from dualling and re-routing the A120 between Braintree and the A12. Priti, who has campaigned for the A120 to be upgraded since being elected and helped secure funding for a feasibility study on the works, said:

“The case for investing in the A120 is compelling. It will unlock new economic growth and job creation across the County as well provide us with a new, safe and modern road. The single carriageway stretch between Braintree and Marks Tey is not fit for purpose and the proposals put forward for a new route to connect to the A12 is welcome.”

“Businesses and local communities across the region have been pressing for the A120 to be upgraded and we are getting close to achieving this. In the months ahead the Government will be deciding its roads investment strategy for the next five years and it is crucial that they add the A120 to the list.”

Priti also commented on the delays with the A12 widening scheme and called for the Roads Minister and Highways England Chief Executive to meet with her to find a way forward. Speaking after debate Priti added:

“The A12 widening scheme has been delayed by Colchester Borough Council messing around with their Local Plan proposals. This delay is causing uncertainty in Essex and the Government should intervene to ensure that the A12 can be widened and this scheme can be tied into the upgrading of the A120.”

Priti also criticised the Labour Party after their transport spokesman refused to prioritise investment in the A120 and talked down the case for upgrading the road. Priti said:

“Ten years ago as they trashed the economy the then Labour Government scrapped a scheme to dual the A120. Now they have admitted that they would not even contemplate investing in our roads in Essex and are talking down the benefits of the scheme. What we know from today is that Essex will always be let down by Labour.”